Interest Rates Predicted to be 10% by Year’s End

Interest Rates Predicted to be 10% by Year’s End

That could easily have been a headline ripped from the pages in major newspapers back in August of 1994 when rates were only 6%–yet by year’s end the prediction nearly came true as a mere four months later they would rise to almost 10%!

Are you old enough to remember what normal mortgage interest rates were like? 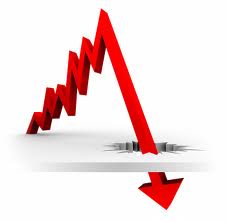 Reproduced with the permission of Mortgage-X.com

If you’ve been putting off refinancing your home or buying a new one, don’t get lulled into inaction with the thought that these new low rates are here to stay.

The information
contained in this article is educational and intended for informational
purposes only. It does not constitute real estate, tax or legal advice, nor
does it substitute for advice specific to your situation. Always consult an
appropriate professional familiar with your scenario.

Drew & Christine
Morgan did not necessarily participate in these sales.