Some home sellers would need a sale contract inked before the end of 2017 in order to avoid a big tax bill that would be imposed if the GOP tax reform proposals become law. Both the House and Senate bills would require sellers to have lived in their residence for a longer period of time before qualifying for the capital gains tax exclusion on the sale of a primary home. They would have to live in their house at least five years out of the last eight; right now, the requirement is two years out of the last five. 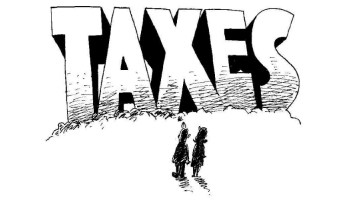 The Senate version, however, includes an exception for transactions in which a contract is written before Jan. 1, even if the closing occurs in 2018. The bill passed by the House includes no such exception. Therefore, homeowners who are currently thinking about selling have only one month left to complete a deal before proposed tax changes would take effect. Should tax reform be enacted, some homeowners who sell in 2018 may no longer qualify for the capital gains exclusion, which covers up to $250,000 for an individual and $500,000 for a married couple. As a result, the difference between your client’s tax bill pre- and post-tax reform could be huge.

It won’t be known whether the House or Senate version of tax reform is adopted until the bill is finalized, which could happen in a few weeks. But sellers who haven’t lived in their house for more than five of the last eight years will want to act quickly regardless of the version that is approved.