Are Belmont Home Values Near The TOP–August 2013

Are Belmont Home Values Near The TOP–August 2013

Are home values near the top? Thus far this year the media focus has been to highlight the hot local housing market. Now it seems they are looking for any signs of it faltering to present a new angle. And in deed you may have already heard the recent reports from Case-Shiller and others indicating that the market is showings signs of cooling off.

When will it begin to cool? Has it already?

Remember—real estate is local yet media reports often are not. What you might be hearing in the news may not apply to the neighborhood where you live.

With the biggest housing crash since the great depression* still front and center in our memories, it’s no wonder that potential purchasers might be wary of how fast the market has rebounded.

We recently released an article discussing those very points—“What’s in store in Q4”. In it, we delve into why we believe if recent changes in market forces continue, the once rapid rise in home values will begin to wane.

AUGUST 2013—For now, the numbers are in for Belmont for August 2013 (Septembers will be out soon), and there’s no sign of a let up in our fervent housing activity—at least according to the numbers for August. 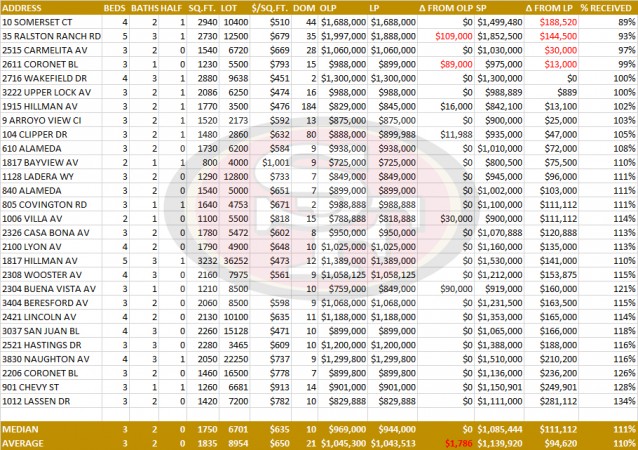 August of 2013 saw a 55% increase in home sales and paradoxically a 70% decrease in new listings.

In short, the inevitable slowdown in the RATE of appreciation is news but it hasn’t appeared in the statistics yet. If you talk with a Belmont REALTOR® you’ll no doubt hear they think the market has cooled off a bit. We’ll look at September’s sales to see if that’s true, because July sales, (which resulted in August statistics), didn’t bear that out and neither did our first-hand experience.

Sellers of homes in Belmont should know that the majority of the rebound in equity has already occurred. The rate of appreciation will slow as the market forces we discuss on our blog begin to kick in. If we’re right and they do, the housing market will become much more sustainable—we have our fingers crossed.

†Months of inventory is the time as measured in months that it would take to sell all of the homes currently listed for sale, assuming no more new homes were listed.

Drew & Christine Morgan are REALTORS with RE/MAX and a NOTARY PUBLIC in Belmont, CA. with more than 20 years of experience helping sellers and buyers in their community. They may be reached at (650) 508-1441.