Why Must we Barbecue on the 4th of July?

Why Must we Barbecue on the 4th of July?

Finally, we can get back to the American tradition of having friends and family over for a BBQ—and what better day to do it than on the 4th of July.
Traditionally we celebrate our nations’ independence from Great Brittan on this day, and this year we add to that our independence from isolation during the pandemic.
You may already have decided what you will be cooking for your celebration, but do you know why we carry on the tradition of cookouts on the 4th?

The theme originated when politicians would hold rallies on the 4th of July (which was not yet a national holiday) to commemorate our nation’s independence and have a captive audience. To feed the throngs of people they resorted to barbeque—whole hogs in particular.
The move from barbecue rallies on the fourth to backyard cookouts probably had less to do with people not wishing to endure the preaching of politicians, than it was simply more people were choosing to live in the suburbs after WWII.

GRILLING VS. BBQ—What’s the difference? 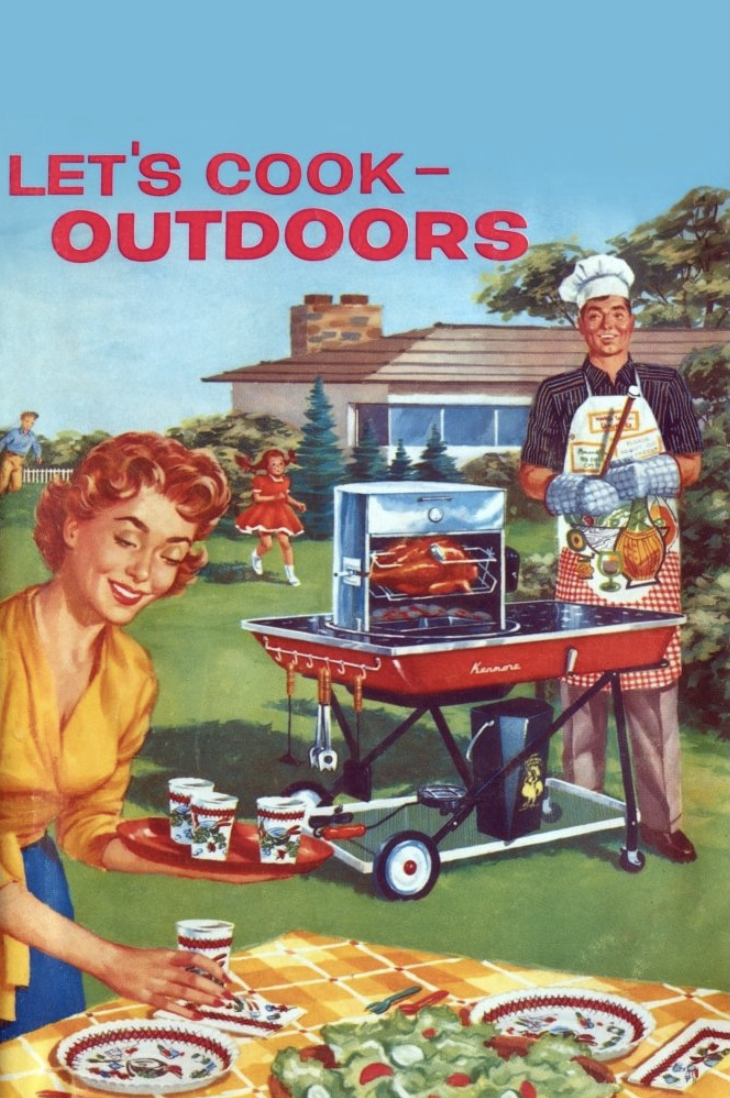 Barbeque cooking is typically cooking meat low and slow over indirect heat whether over an open pit or in a covered box where wood is used to create smoke for flavoring and preservation.
Grilling is typically done using direct heat in a gas grill or open style kettle grill using charcoal wherein the food is cooked more rapidly.

Trivia for your get-together:

DID YOU KNOW…
It wasn’t until 1941 that Congress declared Independence Day to be a paid federal holiday.
5% of all US beer consumption takes place on the 44th of July.
The name barbeque came from the Arawak tribe of the Caribbean and South America who used sticks to create a flame over a fire and place the meat on it. They called this method of cooking “Barbacoa”. The Spaniards eventually brought this form of cooking to the southern states where it took on the name Barbeque.
Kingsford charcoal was invented by Edward G. Kingsford who helped Henry Ford—yes, the car manufacturer—procure a stretch of timberland to supply wood for his auto plants. The burnt wood was repurposed as it is today into briquets for grilling.

Happy Independence Day, and thanks for reading along.

Drew & Christine Morgan are REALTORS/NOTARY PUBLIC in Belmont, CA. with more than 25 years of experience in helping sellers and buyers in their community. As Diamond recipients, Drew and Christine are ranked in the top 50 RE/MAX agents nationwide and the top 3 in Northern California.  They may be reached at (650) 508.1441 or emailed at info@morganhomes.com.