Waterdog Tavern in Belmont-What’s in a Name?

Waterdog Tavern in Belmont-What’s in a Name? 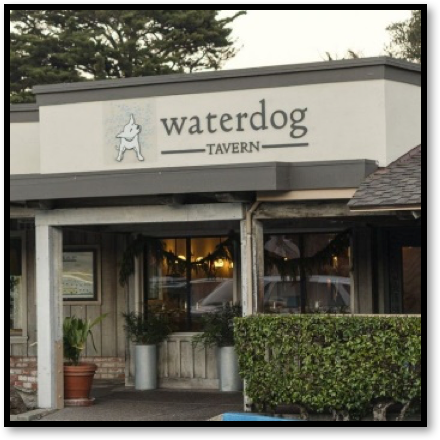 We were delighted as were many Belmont residents with the opening of a new restaurant, Waterdog Tavern in the Carlmont Village Shopping Centre last year. This past Spring, they opened the spacious outdoor area for sociable dining in a “dog friendly” environment, and we now visit frequently with our dog, Wyatt.

If you see us outside with this friendly little guy, stop by to say hello! 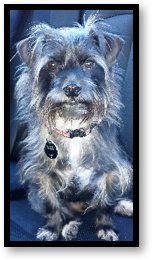 One of the questions we often hear: Where did they get the name Waterdog Tavern?

Since Belmont is our home, and we’re quite familiar about our local history, we knew at once where they got the clever name. We asked the owners, Toby and Anne, who often get asked the same question, to weigh in for our readers about the backstory of why they picked the name they did. Enjoy!

Our family moved to Belmont from Sacramento in 2006. Not long afterwards Anne & I were strolling through Carlmont Village for the first time, when we came upon the outdoor area where the old Carlmont Nursery used to display their huge selection of Japanese Maples. We both remarked how beautiful the space was, and hoped that someday the adjacent restaurant (Hola!) might make arrangements to serve food & beer in the outdoor space – a few picnic tables would be great. I remarked, not very seriously at the time, that if it were ever possible to get both of those spaces, we should jump on the chance.

Fast forward to the Fall of 2015. After seriously searching for a couple of years for the right space to open a new restaurant that had outdoor seating and great parking, Carlmont Nursery and Hola! decided to close their doors within a month of each other. We pinched ourselves that two spaces had become available simultaneously and set out to create a casual, comfortable, warm, inviting restaurant, where the community and those traveling by The Village could gather to enjoy great food & drinks – The Tavern concept was born. Now…what to name it?

We had come up with different names for other concepts, but they were all location specific and would not work with what we had planned for this restaurant. As Belmont residents, we wanted the name to reflect the surroundings and the casualness of the concept. One day I was talking to a friend, and they mentioned they had taken their dog for a walk at 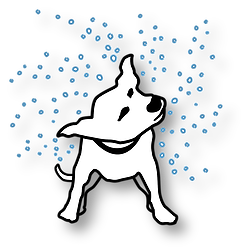 Waterdog Lake, and a light bulb went on: Waterdog Tavern! Waterdog Lake is not only a long time Belmont landmark, but is known by folks up & down the Peninsula. To add to that, we had already begun tossing around the idea of making the Beer Garden dog friendly, and with so many local residents walking their dogs at Waterdog Lake on a regular basis it seemed a perfect fit.

Now with that being said, we are aware that the name of Waterdog Lake has nothing to do with dogs, but was coined because the lake (officially named Notre Dame Lake) used to teem with salamanders, and ‘waterdog’ is a salamander nickname. Anne has fond childhood memories of spotting waterdogs in her Grandma’s fountain in Belmont. Having made the decision to make the Beer Garden dog-friendly, we came up with our ‘Shaking Dog’ logo as a bit of a play on words. A recognition of all of the waterdogs that we all know and love, including our Australian Shepard, Buddy… We mean no disrespect to salamanders and have enjoyed sharing our story with guests!