Buyers, tired of multiple offers, are forming an alliance in an effort to alter the current inequitable supply and demand of housing inventory. Known as Buyers Usurping Real Property, or BURP, Their grass roots movement is gaining momentum as their “just sit on the fence” attitude is resonating with other frustrated buyers.

Implicit in their long term goal is to bring real estate prices down and shift the market from a seller’s market to that of one which benefits buyers, by resisting the urge to compete in the housing market.

Ben Dover, the collation’s founding father and leader was quoted as saying, “Just say no to multiple offers. Sellers have had it their way long enough and frankly we’re tired of this”. He went on to elaborate, “The market should have shifted by now—we all have life plans and we need to move forward. We’re committed to remain in our rentals forever if need be 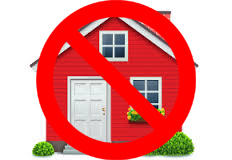 [rather] than purchase at today’s inflated prices”. Asked what he thought about the inflated rents, he responded, “Well, that’s just market forces at work isn’t it?”

Mr. Dover continued, “We’re confident we’ve got sellers with their backs to the wall. If we continue to resist the temptation to purchase a home, our movement will be a success. We plan on waiting out the winter market and spring into action next year, when our boycott will have created enough inventory and affordable housing for all.

Asked if he thought the actions of his devoted followers would be enough to alter the course of the housing market, Mr. Dover reasoned, “It had better we’re banking on it”.