The annual growth rates accelerated for both Composites and 14 cities.

The Bay Area continues to show month-over-month price increases and year over year gains, though all indications are the rate of gains are slowing. Prices in San Francisco increased 0.9 percent in August, down from a 2.2 percent monthly increase in July.

That stands to reason since homes values dipped below where they should have been during the recession and rebounded like a rubber band being stretched too far and released—at some point all of the pent up energy begins to dissipate.

We suspect that, all things remaining relatively similar as they are today, next spring will see strong home price increases in the spring which will should taper off to moderate by summer. After all, at some point the government will stop buying the 85 billion dollars per month of bonds which helps to keep interest 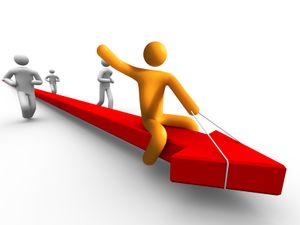 But the cycle is nothing new. Having analyzed our local market for over 20 years there’s a distinct pattern. In a strong housing cycle, home prices rise fastest each spring and begin to wane after summer with winter being the slowest period for price growth and sales.

The brouhaha about home values having peaked just because July showed a slowdown in the rate of home appreciation is premature and a misinterpretation of the statistics, in our opinion.

It’s easy when listening to ten second radio sound bites during your ride home to buy into the attention grabbing headline saying home prices are falling, when what they meant to say is the rate at which home prices are increasing has slowed—as well as they should.