Are Home Prices Rising Too Fast?

Are Home Prices Rising Too Fast? 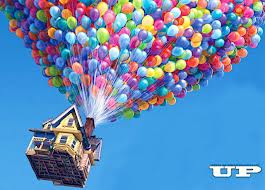 Some housing analysts are concerned that the sudden rise in home prices could make homes more unaffordable again if the price increases outpace income growth, The Wall Street Journal reports.

Average housing costs for home buyers who took out a mortgage were around 22.5 percent of average incomes, according to John Burns Real Estate Consulting. That is down from 38.5 percent in 2006, the peak of the housing bubble. The historical average is about 33 percent.

But with home prices rising in many markets and, in some, rising at a faster pace than income levels, will more people soon be priced out of the market?

Housing analysts say that, for now at least, lower mortgage rates are offsetting the higher prices of homes.

Borrowers have seen their purchasing power rise by around 33 percent over the past four years due to the low interest rates, The Wall Street Journal reports. For example, a borrower can make a $1,000 monthly mortgage payment and qualify for a $222,000 mortgage at today’s low interest rates, compared to 2008 when they’d likely qualify for $165,000 when mortgage rates were around 6.1 percent — nearly double what they are today.

Borrowers are able to withstand home-price increases because of the low rates, not because household incomes are growing, The Wall Street Journal reports. If mortgage rates tick back up to the 6 percent or 8 percent range, homes may look overpriced relative to incomes, according to housing analysts.