Winning the Bid May Actually Be Losing

Winning the Bid May Actually Be Losing

Are agents terrible at pricing homes for sale, or is there another reason so many homes sell for hundreds of thousands of dollars over the asking price?

When a home is underpriced, or overpriced for that matter, it often has to do with the fact that the listing agent is from out of the area. They miss the mark because in their home turf, homes may be selling for less (or more) than where their listing is located, and when they apply their native pricing strategies to a listing they have out of the area, they can be pretty far off at times. 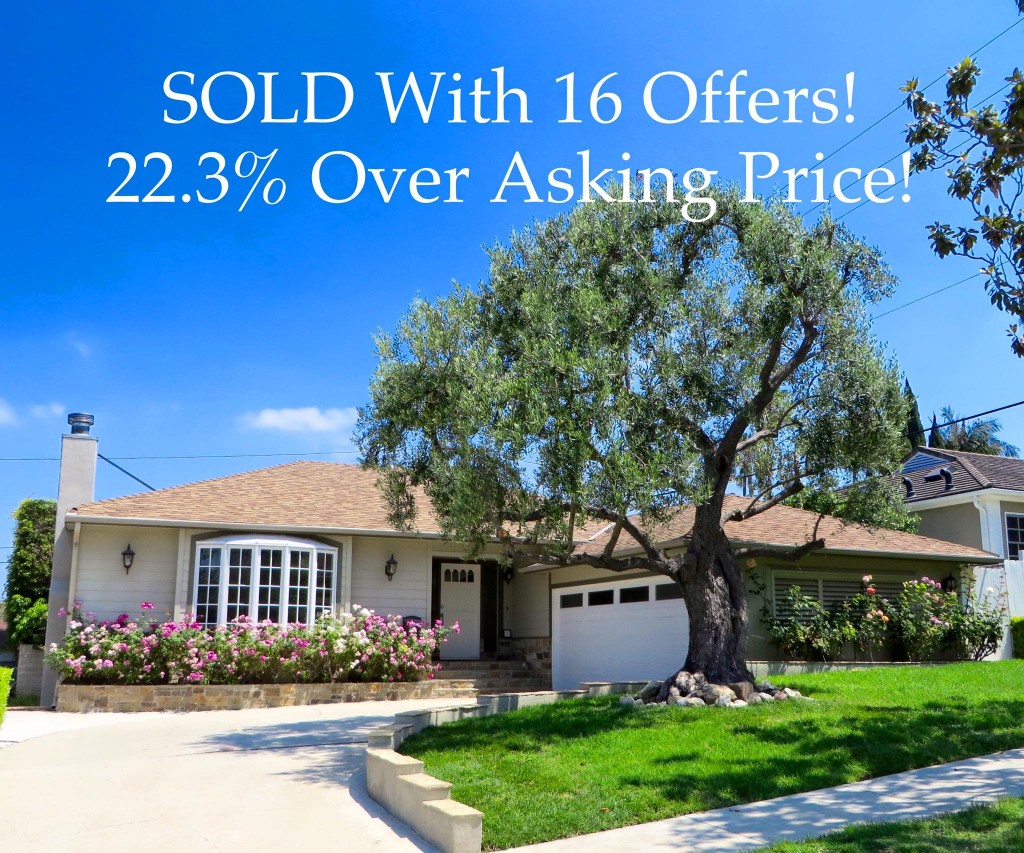 The same goes for an agent who represents a buyer in an area where they’re not as familiar with the local home values. They may grossly overestimate a home’s worth, based upon their experience in the area where they concentrate, thus recommending an offer price to a buyer that is too high and artificially driving the prices up.

Then there’s the phenomenon known as the “Winner’s Curse”,, hence while you may be winning the bid, you’re actually losing. The winner’s curse may occur in any auction where less than complete information is available. The winner’s curse says that in such an auction, the winner will tend to overpay. The winner may overpay or be “cursed” in one of two ways: 1) the winning bid exceeds the intrinsic value of the asset or 2) the value of the asset is less than the bidder anticipated, so the bidder may still have a net gain, but will be worse off than anticipated.

The Winner’s Curse phenomenon also manifests itself in the home buying process in several additional ways, some of which are introduced by the buyers.

When a buyer tries to outbid their competition by purposefully offering more than the home should be worth, just to win the auction, they may win the bid, but by definition, they paid too much, since the average bid typically defines the value, and the winning bid is the outlier.

Since homes are not a commodity, as in oil or gas for example, wherein the value is pretty well understood and, more importantly, oil is oil and it either makes sense to purchased it at “x” price or it doesn’t. Wherein when it comes to homes, at least those located outside of tract areas, are unique unto themselves, and buying a similar home may not be nearly as emotionally appealing. In this way, it’s more like adopting a child, no two are the same.

From a listing agent’s standpoint, pricing a home at the selling price of the home across the street typically backfires. Here’s why. Let’s say that the home across the street was listed at $1,000,000, and sold with ten offers for $1,400,000. The high bidder, who won the bid, and by definition paid too much—because they paid more than any other buyer was willing to bid—is now out of the pool of potential bidders for the next home—the one you just listed across the street. This means out of the nine residual buyers, none were willing to pay $1,400,000 and some may have even already moved on, or are in contract on another home. What did the other nine buyers bid? Only that listing agent will ever know, but the next highest bidder is the one you need to attract and who knows how much they offered.  And this of course assumes that the homes are identical—which they never are. The second highest bidder might not even like your listing, might be out of town the week you go on the market, which means now you are relegated to the third, fourth, or fifth bidders in order of their declining tolerance for bidding or ability to pay.

This is one reason agents will intentionally list a home at what seems to be irresponsible—far below what it might eventually sell for, based upon the recent comparable sales in the area. And while this practice might be viewed by some as false advertising, which is illegal, as the home might well be priced lower than recent sales, it might actually be priced appropriately for its intrinsic value.

In residential real estate valuation, there are several ways to ascertain the intrinsic value of a home. The three accepted practices in real estate are known as the Comparative Market Approach, also known as the sales comparison approach, the Principle of Substitution, (what else could I buy), and the Cost Approach, (how much would it cost to build a similar home from scratch).

Agents and buyers alike tend to rely heavily on the sales comparison approach, as it makes sense to compare the home they are buying to those which have recently sold, but if the buyers are bidding too much on homes, than the comparable sales are less trustworthy, and looking at the Cost Approach, or what it would cost to build a new home might be more effective, if nothing more as a check and balance against the price one might offer.

Drew & Christine Morgan are REALTORS/NOTARY PUBLIC in Belmont, CA. with more than 25 years of experience in helping sellers and buyers in their community. As Diamond recipients, Drew and Christine are ranked in the top 50 RE/MAX agents nationwide and the top 3 in Northern California.  They may be reached at (650) 508.1441 or emailed at info@morganhomes.com.