Which Way is the Wind Blowing in Belmont?

Which Way is the Wind Blowing in Belmont?

WHICH WAY IS THE WIND BLOWING IN BELMONT? 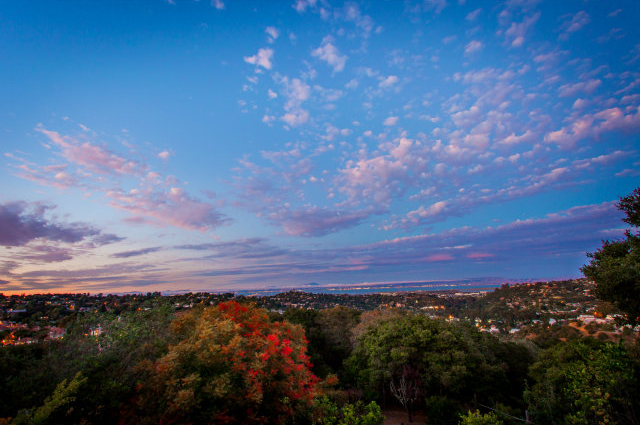 There are a many hot topics in Belmont that can cause the debate around water coolers to boil over, though normally our weather isn’t one of them. Being nestled between the Pacific Ocean and the San Francisco Bay keeps the weather in Belmont relatively cool in the hot summer months and mild the rest of the year.

But what about the so-called microclimates we hear so much about? Having personally lived in three distinct neighborhoods in Belmont we noticed each one benefited from individualistic weather nuances.

If one were to drive around Belmont in a convertible, on a motorbike or bicycle on a summer day they’d no doubt experience dramatic variations in temperature from one neighborhood to another; for those who live and work in Belmont it comes as no surprise to find the temperature in one part of Belmont completely different from another. These so called “microclimates” exist all over the Peninsula but in some cities such as Belmont, they are found within the city itself.

Back in the day before air-conditioning, choosing a mild climate was key to comfortable summers. In the 1860’s, William Chapman Ralston picked a strategic place in Belmont to call home when he bought Count Cipriani’s chateau on what is now Ralston Avenue. Located near the bustling downtown section of Belmont, yet secluded inland far enough to be protected from the cooler San Francisco Bay winds, this area today remains known for its superior microclimate.

Other microclimates can be found elsewhere in Belmont such as in the hills overlooking the bay. These higher elevations are affected two fold; by more exposure to the wind and their inherent altitude. Also referred to as the “lapse rate”-for every 1,000 feet in elevation, temperatures are around 3.5 degrees lower. So it stands to reason that a home up in Belcrest Gardens or Belmont Heights near Highway 92 would be slightly cooler than a home in Sterling Downs. It’s not just elevation which accounts for the differential in temperatures. Microclimates created by the shelter of a hillside, ravine or eastern exposure can provide a protected environment free from cool afternoon winds which can drop temperatures as much as 20 degrees in the course of just a few hours.

The temperature in Belmont peaks most days in the afternoon and has cooled considerably by early evening. Want to know what time of day is typically the warmest? On average it’s 2:10 in the afternoon.

Belmont is a city with mild seasons and is ideally situated between Silicon Valley and San Francisco with easy access to three international airports. Once you’ve found Belmont, you’ve found home! 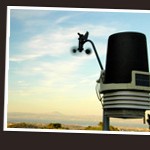 *Our NOAA registered weather station is located at our home in Belmont and provides real-time weather reports. You can find our Belmont Weather station by clicking here!