In Belmont, the sales statistics for May 2022 show that the inventory of homes has grown to one month of inventory, while this past January it stood at .3 months. To help put that into perspective, during the downturn in 2009, the months of available inventory in Belmont sat at 10. 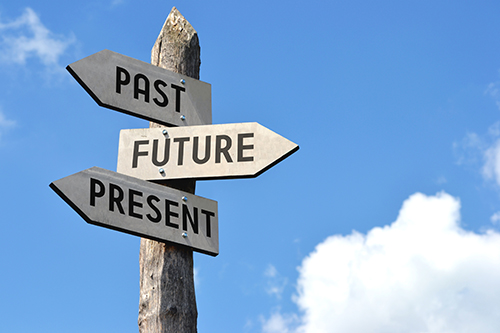 While some homes are still selling over the asking price, they are on average receiving 10% less over asking than in Q1.

Some of these anomalies are seasonal, and as such, with May being a month that is affected by seasonality in home sales, some of what the market is experiencing is seasonal and normal.

The most recent sales in Belmont are for far less than the sales in January-April. That is of course when the February interest rate hikes really kicked in, coinciding with the stock market taking a hit.

Since many Bay Area buyers are tech workers, whose compensation is augmented to a high degree with stock options, when the stocks are high, buyers are more bullish and can compete in the home bidding process by liquidating more stocks. Conversely, when the stock market takes a hit, buyers not only have less capital to work with, but they also tend to sit back and wait for the market to stabilize before liquidating their holdings.

Where We Stand Today

This graph illustrates the rapid rise in the 30-year mortgage rate this year. We suspect that much of the overzealous bidding that occurred in the first quarter of 2022 was due to buyers’ knowledge that rates were scheduled to rise, and their desire to take advantage of lower rates while they could—even if that meant overpaying in a bidding war for a home.

The S&P 500 and home values seem inextricably connected. One can see in this graph the rise and decline during that same Q1 period that buoyed purchasing power and is now waning.

As seen in this graph for all sales in San Mateo County, Condominium values take a hit first. We attribute this to two factors. The first being that condominiums tend to be akin to a commodity. Many are similar if not nearly identical. There are of course varying degrees of upgrades, whether one has an end or upper floor unit, the location within the complex, but overall, the differentiating factor in a market with growing inventory, comes down to price.

The secondary factor is that as prices and competition for single family homes fall, condominium owners have an opportunity to make a move into a stand-alone home, while buyers who were just shy of being able to purchase a home, and would have bought a condo, now turn to owning a home with a yard.

What is Different Now

What has changed is that with fewer buyers in the market, and less competition, they can be choosier. While it’s still too early to call it a buyer’s market across the board, certain sectors such as the condominium market and cities, and even neighborhood within cities that are less desirable, are most affected.

This means that not every home will sell—at least like they did in the past. Homes will have to be spruced up, staged, show well, and most likely be vacant to garner the level of excitement necessary to captivate the dwindling pool of buyers, so as not to take an inordinate hit on the sale price.

For the typical three-bedroom home, looking at the sales in Belmont, between March and April the seller’s enjoyed a list to sales price ratio of 119%. Since April that has dropped 11% to 108%. With the median home price still hovering around $2,400,000, that represents a $250,000 decrease in overbidding per home.

Is this a Correction?

We don’t see it so much as a correction, but rather the market simply returning to pre hysteria bidding. Interest rate increases along with poor stock portfolio performance has dampened the buying environment—for now. We wrote a previous piece on the monetary effect of rising interest rates and home purchasing power.

Buyers are in shock because for the past 20 years, 30-year mortgage rates averaged 3.035%. They never knew rates prior to that 20-year period when between 1980 and 2000 they averaged 10.3%. And the average 30 mortgage rate since 1971 when interest rates were tracked, is 7.7%. Buyers who have never even heard of an interest rate over 4% will acclimate and become accustomed to the new norm, and life will go on. Longer term homeowners who have lived through the interest rate roller coaster ride, will be less effected emotionally, and probably move forward with life’s plans accordingly.

Drew & Christine Morgan are REALTORS/NOTARY PUBLIC in Belmont, CA. with more than 25 years of experience in helping sellers and buyers in their community. As Diamond recipients, Drew and Christine ranked in the top 50 RE/MAX agents nationwide and the top 3 in Northern California.  They may be reached at (650) 508.1441 or emailed at info@morganhomes.com.