Multiple Offers and How to Win the Housing Bidding War

Multiple Offers and How to Win the Housing Bidding War

Multiple Offers and How to Win the War 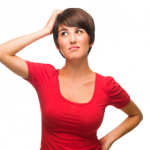 With increasing bidding wars in real estate, bidding on a home in the Bay Area can be a challenge at best with exceedingly frustrating closer to the norm. It’s reminiscent of the ugly Cabbage Patch Doll fights that broke out in department stores in the early 1980’s where there were more parents head hunting Cabbage Patch Dolls for Christmas than the stores could produce—one of the more shallow behavioral moments in our nation’s history.

We recently sold a home in Belmont which we listed at $900,000. We received four offers the first week. The seller chose to accept the highest non-contingent offer—not the highest offer. There was a higher offer at $1,003,000 which they did not entertain due to an inspection contingency. Last year when another agent had this home listed for sale, the sellers had two buyers rescind their deals and the sellers wanted to avoid that frustration again. They decided they were willing to accept $27,000 less for their home for the peace of mind of knowing they had a sure deal.

We think they made the right decision. Because it’s not just peace of mind they were getting, they were also getting $76,000 over their asking price—more-or-less a sure thing. Had they opted to roll the dice and the higher offer rescinded, to resurrect the $976,000 offer a second time around would be difficult. In all likelihood they would be relegated to an offer down around their initial $900,000 list price. Gambling on $27,000 when they stood to lose $76,000 just didn’t make send to them—or us either.

Last September, with multiple offers well established as the norm, we wrote an article for our blog site discussing the pitfalls of contingencies in an offer. In the last year nothing has changed except we have more empirical evidence that contingent offers often lose in a multiple offer situation, and sellers get less for their home if they have to re-market the property.

Now if your parents won’t help you with the down payment unless you promise to include a contingency, there are alternatives but they relegate you to homes where nobody else is bidding—which also means they are overpriced. Better to explain to Mom and Dad that the market has changed since they bought their last home.

So here’s the lesson about contingencies—think about it—in the above scenario, the high bidder had to make their offer $27,000 more and as it turns out it cost them the home as the seller didn’t take their offer. So how much does a contingency in an offer cost? Would the seller have accepted a contingent offer $50,000 or more above the next highest offer?

NOTE: We’re aware that many agents admonish their clients to not forgo contingencies and the genesis of their fear is to insulate them from any possible repercussions after the sale. The California Association of REALTORS recently held a seminar with the top CAR attorneys discussing exactly how to write non-contingent offers since the standard of practice in our area has evolved to embraced such practices.

Disclaimer:
Drew & Christine Morgan are REALTORS/NOTARY PUBLIC in Belmont, CA. with more than 20 years of experience helping sellers and buyers in their community. They may be reached at (650) 508.1441.
The information contained in this article is educational and intended for informational purposes only. It does not constitute real estate, tax or legal advice, nor does it substitute for advice specific to your situation. Always consult an appropriate professional familiar with your scenario.