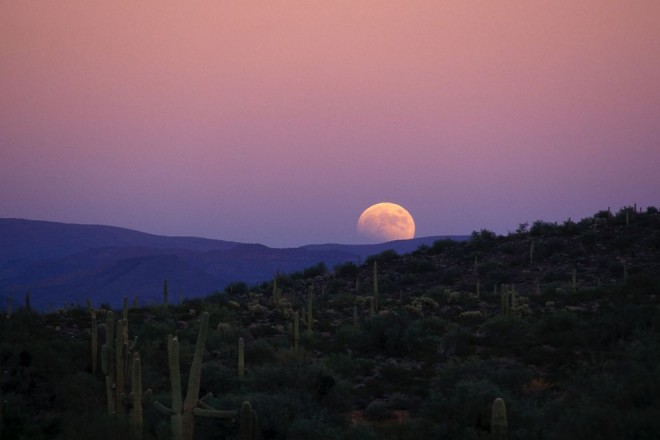 Today marks the occasion of the “Hunter’s Moon. A full moon which occurs each October after September’s Harvest Moon.

This can be found on NASA’s web site. According to folklore, October’s full moon is called the “Hunter’s Moon” or sometimes the “Blood Moon.” It gets its name from hunters who tracked and killed their prey by autumn moonlight, stockpiling food for the winter ahead. You can picture them: silent figures padding through the forest, the moon overhead, pale as a corpse, its cold light betraying the creatures of the wood.

So how many moons do we really have? Twelve to be exact:

Ever wonder why the moon appears so large at the horizon and so small up in the sky? This phenomenon referred to the “Moon Illusion” is best explained by scientists but it has everything to do with your brain’s perception of relative size as it compares the moon to objects on the horizon. Try taking a picture of the same moon and you’ll be sorely disappointed that your camera doesn’t see things quite the way you do.

Enjoy the show this week and as the moon rises near sunset and appears to fill the sky.